Home   »   SEO Tutorials   »   What is Google Zebra Algorithm? How to be safe from Zebra 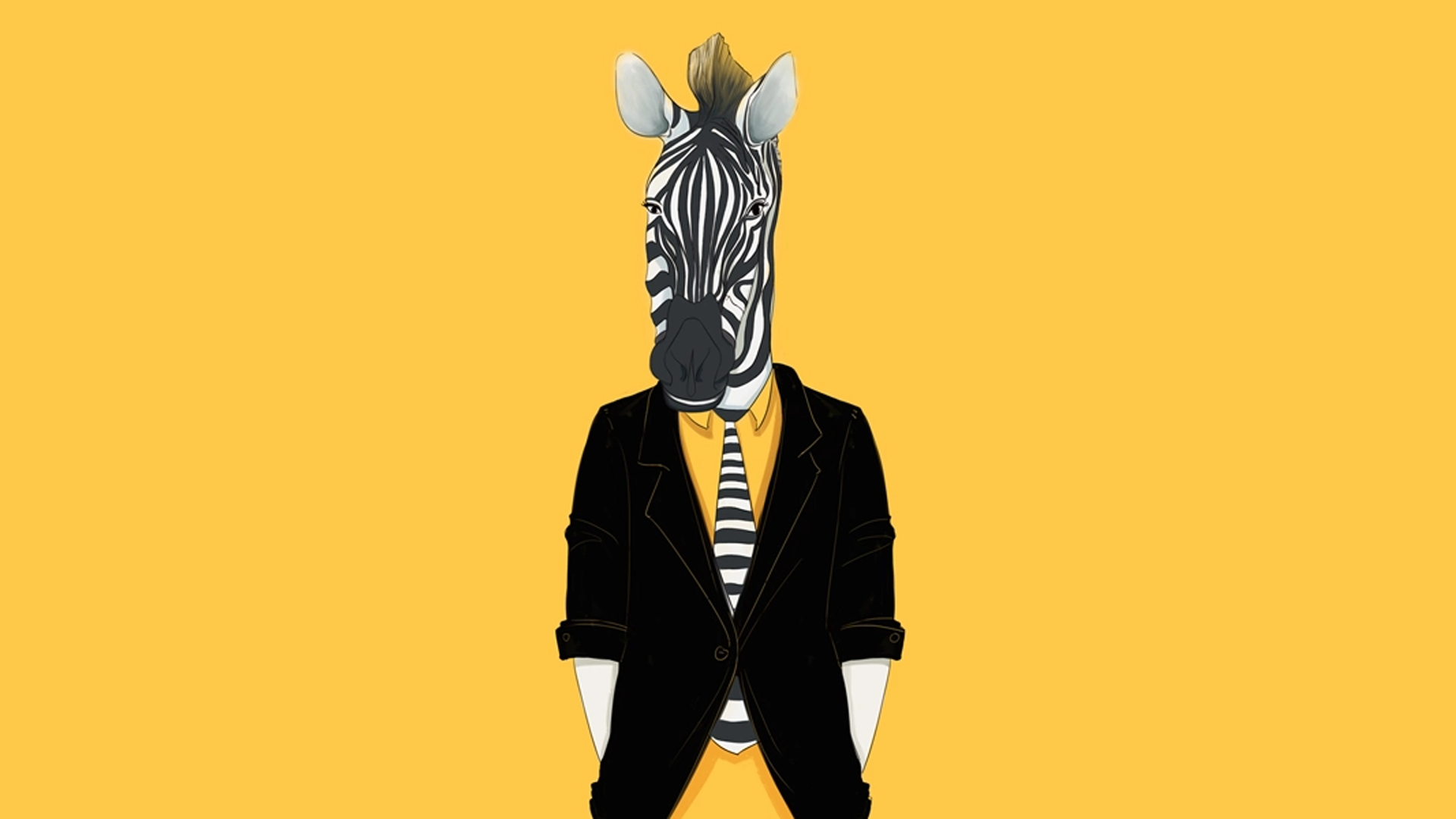 Google has a variety of algorithms whose main job is to optimize Google results. The most important Google algorithms are Google Zebra, Panda, Penguin, and Hummingbird. Each of these algorithms is designed for a specific purpose, but overall, all of them is to select the best website to display in Google’s top-ranking for users. As you know, Google is one of the largest and best search engine companies whose main goal is to satisfy its users and audience.

For example, in content, the main keyword was used a lot, which reduces the value and quality of the content and does not lead the user to the desired result. They just used so many keywords that Google thought this was a detailed article on the subject. Here, Google came up with the wrong websites by designing different algorithms. In fact, Google’s algorithms are designed to rank better between websites. In this article, we will talk about Google Zebra Algorithm and explain the features and purpose of this algorithm to you.

What is Google Zebra Algorithm

Google Zebra Algorithm is one of the most widely used Google algorithms responsible for monitoring online stores and preventing scams that occur through online stores. This algorithm detects fake stores, and their poor quality internet eliminates them. The algorithm was introduced in March 2013 by Matt Cutts, former director of Google Spam, to monitor e-commerce websites.

With the increase of online stores today, most people make their purchases online. So Google updated the Zebra algorithm to maintain the trust of its users.

What is the reason for naming the Zebra algorithm

If we look at the appearance of a zebra, we see that the zebra’s skin has a black and white striped pattern that reflects non-polarized light on the white part of the zebra’s body. This light repels insects. The second reason is that this algorithm has followed a black and white pattern like other Google algorithms such as Panda, Penguin, Pirates, etc. In fact, naming the Zebra algorithm is because of its polarization repulsion feature. Like the zebra animal, the Zebra algorithm repels low-quality and unreliable store sites and is designed to prevent fraudsters and spam.

I have to add a critical point in this section. If you want to rank in Google, it is good to know these algorithms, such as the Panda algorithm, Google zebra algorithm, etc. But it does not matter that you are so involved in the issue that now Google wants to check and rank your site with what algorithm! As soon as you are honest and do not want to deceive people and provide the right product and articles to users and help them solve their problems, you will be ranked by Google.

How does the zebra algorithm work

In the Zebra algorithm, Google pays more attention to the site’s technical issues. So if you are in charge of SEO of a store site, you should be more familiar with how this algorithm works and its structure. If you do not want to be penalized by the Zebra algorithm and not removed from the Google results list, it is better to gain users’ trust by providing safe and secure services on the Internet. For example, use SSL for your site and ensure the security of users’ information.

The Zebra Algorithm quickly removes your site when it realizes that your site is insecure or intends to defraud, deceive and misuse user information. So if you have a store site, to stay on top of Google, you have to follow the rules of the Google Zebra Algorithm.

What is the main purpose of the zebra algorithm

Zebra Algorithm fights against unreliable and insecure sites and prevents the ranking of unsafe, low-quality, low-level, and unreliable sites. To achieve this, it targets the following:

In fact, the main purpose of Google’s algorithms is to distinguish between low-quality and unreliable sites and high-quality, secure e-commerce sites. So the goal of the Zebra algorithm is to provide a safe and convenient shopping platform for Google users.

The Zebra algorithm was created when Google decided to eliminate invalid and weak online stores. These stores had deficient quality and little credibility but managed to get first place in Google results, which caused dissatisfaction and unhappiness among Google users. Google decided to update the Zebra algorithm to deal with poor quality online store sites and spam sites.

On the other hand, this algorithm also takes steps to remove some social networks such as Twitter, Facebook, Google Plus, etc. Most SEOs work on social media. Because through these networks, they can increase their site traffic. This is exactly why Google Zebra’s algorithm was created to deal with sites that spam. Given that fake ads are seen a lot on social networks. Therefore, the Zebra algorithm has also become sensitive to these networks and considers them and takes them seriously in case of violations.

What is spam, and why does Google find this method wrong

Maybe by the time we talked about Google’s zebra algorithm, you have encountered the word spam many times and do not know what the issue is. Spam is basically a series of illegal activities such as sending many requests from fake accounts and sending mass messages to users without their permission, and finally, causing any inconvenience to the user or a website. In Google Zebra Algorithm, you should know that you should not create fake and robotic traffic on your site.

How to deal with the Zebra algorithm with social networks

You may want to know why the Zebra algorithm should check social networks. Many people are profiteers, just like the people who sold follower fakes; they can attack your backlinks from social networks by bots; for example, 100,000 clicks on your site at once, and you get ranked. But Google has detected it according to the Zebra algorithm and may make it completely inaccessible to you.

Zebra Algorithm Here are the links that are tweeted too much; for example, hundreds of thousands of accounts tweet your link in a few minutes and have the same keywords! He fully understands these things, and your site is done.

There are many fake Facebook personal business profiles through which scammers get more likes and shares, and your site link may appear on many of these fake pages; Google has checked every one of these backlinks. Finds the rules, and for this reason, Google’s zebra algorithm deals with them.

The final impact of this algorithm on your SEO

Google Zebra Algorithm greatly impacts store SEO sites, so these algorithms are penalized by Google Zebra Algorithm for sites that work against Google Zebra Algorithm. The penalty for this algorithm is that it is removed from the Google page results, and users can no longer view the site. Some of Google’s fines, which happen for the first time, maybe forgiven after a few days or months. But if some of them are repeated, you will not be able to work with that domain forever.

We should pay attention to the fact that no Persian store site has been penalized by the Google algorithm, but we still have to observe the following points to stay safe from the possible dangers of the Zebra algorithm. Following these tips will also help optimize store SEO, and by doing these tips, your store site can get a high ranking in the Google results list.

Since Google is a content-driven search engine and the secret to the success of most sites is to have excellent and quality content, it is recommended that you provide a description of your services and products in the blog section of your site or a description below your products. Write fluently. Note that Google algorithms hate duplicate content, and if you write duplicate content for your products, you will be penalized by Google algorithms.

So try to write unique content for your products. Also, make sure that you include appropriate internal linking in each content. The lack of internal links creates orphan pages on the site.

One of the ways to succeed in any customer-oriented salesperson is that customer-oriented in cyberspace must also be observed; for example, responding to customer comments and suggestions has a great impact and increases customer satisfaction. You also gain the trust of your customers by doing this, and this factor also increases customer loyalty. If you want better SEO for your product page, I suggest you reply to several comments at a time, not all messages in one day, because it helps a lot in updating the article.

Use video to introduce your products.

Making clips and videos to explain the products and introduce their features and characteristics will attract more and more users’ trust. Of course, also note that writing a short description for your videos will cause Google to pay attention to your videos.

It is recommended to enable the live chat system for your store site. In this way, users will get answers to their questions in the shortest possible time, which positively affects your conversion rate to a customer.

Speed ​​up your site

In this article, we talked about the Zebra algorithm and explained the reasons for the emergence of this algorithm. We also gave you tips to stay safe from the Google Zebra Algorithm penalty, and finally, we tried to give you better and more information for better sales, both in terms of SEO and sales.